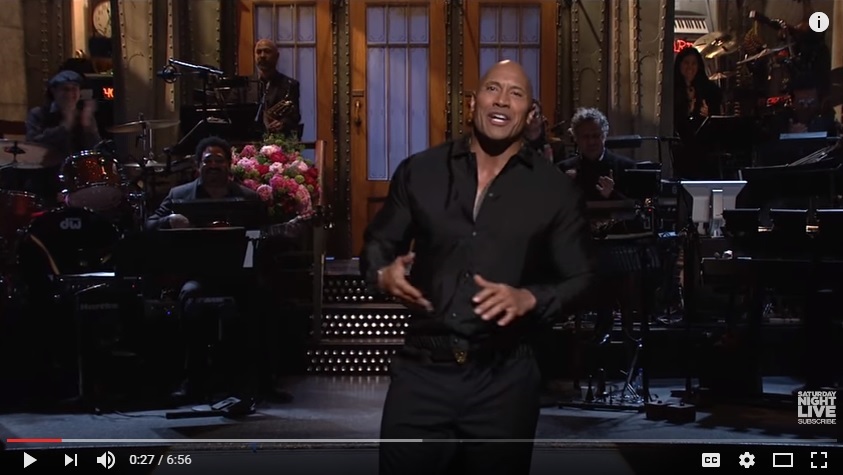 The Rock Announced His 2020 Presidential Bid

One of the most likable men in Hollywood may have just announced his presidential bid for 2020. After weeks of teasing a run for presidency, Dwayne “The Rock” Johnson told America “I’m in” during the season finale of “Saturday Night Live.” The pro wrestler-turned-actor said he was officially running for president starting that night, right after Alec Baldwin awarded him his Five-Timers club velvet jacket, which marks Johnson’s fifth time hosting the show.