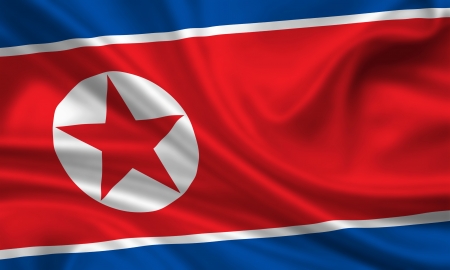 Germans Are More Satisfied Than Other Europeans
The Biggest Threats Facing the World in 2017
Who Feels EU Membership Has Paid Off?
GLOBAL IDENTITY 31 North Korea 1

American Pride Hits New Low; Few Proud of Political System - Gallup
U.S. adults' extreme pride in being American has been steadily weakening in recent years, and the current reading, from a June 3-16 Gallup poll, marks the lowest point to date.
What makes a good citizen? Voting, paying taxes, following the law top list - Pew Research Center
In a Pew Research Center survey in early 2018, around three-quarters of Americans (74%) said voting in elections was very important to what it means to be a good citizen, and around seven-in-ten said the same about paying taxes (71%) and always following
Defining generations: Where Millennials end and Generation Z begins - Pew
In order to keep the Millennial generation analytically meaningful, and to begin looking at what might be unique about the next cohort, Pew Research Center decided a year ago to use 1996 as the last birth year for Millennials for our future work.
Reparations and Black Americans' Attitudes About Race - Gallup
According to a recent report in the Washington Post, at least four Democratic presidential candidates -- Elizabeth Warren, Kamala Harris, Julian Castro and Marianne Williamson -- in one way or the other favor the idea of African-American reparations.
Public has negative views of the country’s racial progress; more than half say Trump has made race relations worse - Pew
About six-in-ten Americans (58%) say race relations in the U.S. are bad, and of those, few see them improving
Americans Less Satisfied With Treatment of Minority Groups - Gallup
Americans' satisfaction with the way several minority groups are treated in society has fallen in recent years. Significantly fewer Americans now than in 2016 are satisfied with the way immigrants, blacks, Hispanics and Asians are treated.
Chick-fil-A loses two airport deals in less than two weeks - CNBC
In the last two weeks, Chick-fil-A has missed out on two potentially lucrative airport contracts after local politicians raised concerns over the company's anti-LGBTQ history
Candace Owens Is the New Face of Black Conservatism - Washington Post
This is the inaugural rally of Blexit, her three-month-old campaign to encourage African Americans (and Latinos, and other minorities) to leave the Democratic Party — that is, mount a massive “black exit” from the left.
It’s not just you: New data shows more than half of young people in America don’t have a romantic partner - Washington Post
Just over half of Americans between the ages of 18 and 34 — 51 percent of them — said they do not have a steady romantic partner, according to data from the General Social Survey released this week. That 2018 figure is up significantly from 33 percent in
Nearly half of whites say a majority nonwhite population will weaken American culture - Pew Research
The U.S. Census Bureau predicts that, by 2050, blacks, Hispanics, Asians and other minorities will constitute a majority of the population.
Previous page - Next page