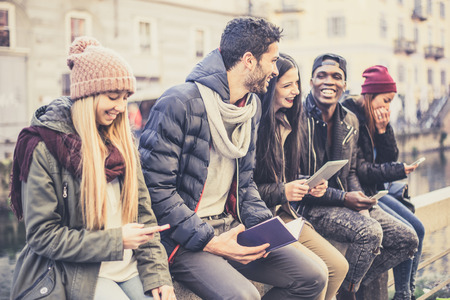 The 10 Lenses: Are you a Multiculturalist?

If you’re a Multiculturalists you appreciate, recognize and support the many cultures in your day to world. You desire the many contributions cultures make to the well-being of the world. The Multiculturalist wants to retain the customs, languages and ideas of people from all cultures believes these retained characteristics create a dynamic environment that leads to creativity and innovation.

If you’re a Multiculturalist you have many strengths. You’re likely to:

Multiculturalist desire to create and sustain organizational cultures that value cultural identity and understand how to cultivate it as a competitive advantage in communities, the nation and around the globe.

Now, no one is perfect. If you’re a Multiculturalist you have some weaknesses. You’re likely to:

If you’re a Multiculturalist in today’s world you must strive to accept that the Assimilationist Lens is a powerful world view and belief system around the world and around the corner. For example, in Germany, Chancellor Angela Merkel told a gathering of her conservative Christian Democratic Party that the concept of multikulti (people of different backgrounds happily living and working together) doesn’t work in their country.

In a MultiDentity world pigeonholing people into opposites: male or female, black or white, young or old, married or single, gay or straight, rural or urban is ultimately defeating. To hold onto this notion is missing a crucial point: It’s simply too limited and polarizing to focus only on differences, which are just half of the human equation. Multiculturalists need to expand their world view to include a strong emphasis on what we have in common and seeking superordinate values (values that supersede our individual, ethnic, and local values and agendas) so we can solve the big problems the world’s facing right now. Without this enhanced focus on commonalities, our differences will be used as a wedge to promote division.

Learn About the 10 Lenses

Identify The Lenses That Are Operating In Your Organization and Community, Host a Lenses Live Event!

Six Ways to Strengthen the Social Fabric of Your Community
YMCA “Us” Campaign Inspires
Want To Be Healthier And Live Longer? Adopt A Blue Zone Community Mindset
THE 10 LENSES 8 Community 4 Multicultural 2 The 10 Lenses 9