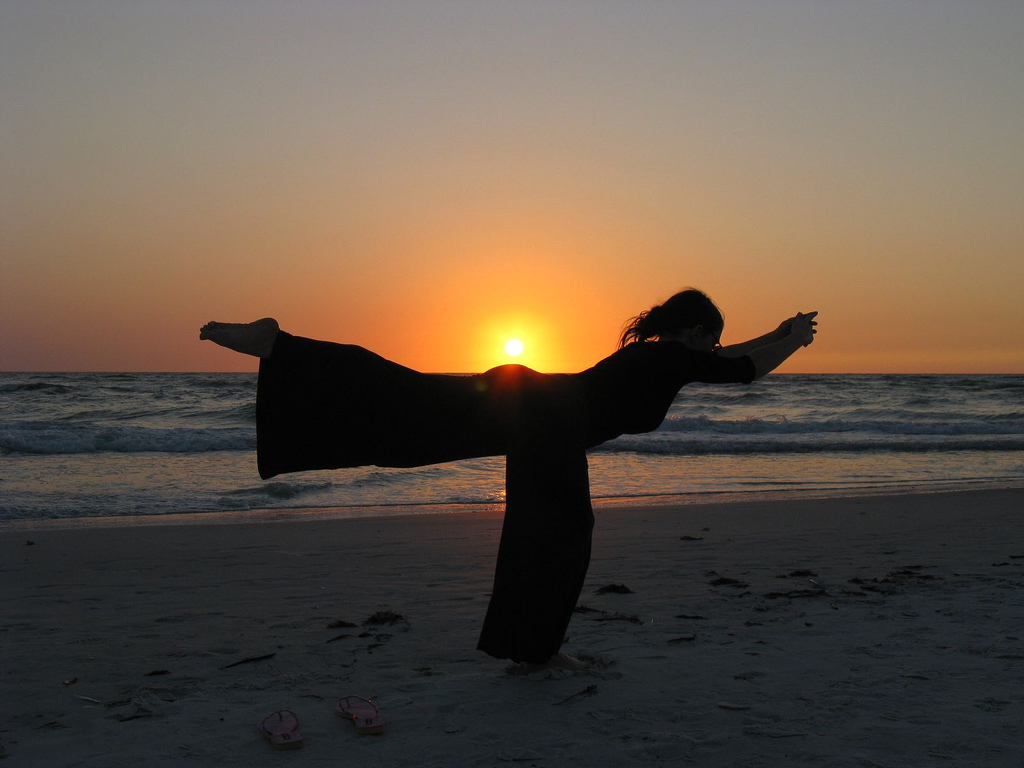 Can Yoga be Christian?

Invocations of Jesus, images of the cross and biblical scripture are unlikely to be what we envision when we think of yoga. Yoga is typically seen as either a Hindu practice or, more recently and popularly, “spiritual but not religious” or, even more commonly, a form of wellness or fitness. As the author of “Selling Yoga: From Counterculture to Pop Culture” and a scholar of contemporary spirituality and the history of modern yoga, however, I can say that yoga is far more complex than common understandings imply.

Christian yoga, in fact, is now a growing part of the yoga industry. The question then becomes – is this real yoga?

The Christianization of yoga is not new. For example, the 19th-century American social radical and Protestant Christian Ida Craddock was an early sex therapist who incorporated yogic elements into a system for enhancing sex for heterosexual married couples.

She considered the Christian God to be a third partner in the sex life of a married man and woman. Her efforts were not without controversy. In 1902, facing incarceration for charges of obscenity, Craddock took her own life. The attempt to silence Craddock was based, in part, in yogaphobia, a fear of yoga grounded in the assumption that it is incompatible with one’s own religious doctrines or moral codes. Over a hundred years after Craddock, yogaphobia is still alive and well.

Despite this, Christian yoga is taking many forms in different parts of the world. Christian yoga entrepreneurs are marketing products and services that claim to strengthen Christian identity and practice.

There are now Christian yoga brands founded by Protestant Christians, such as Yahweh Yoga and Christ Centered Yoga. The website for Holy Yoga, based in Michigan, describes it as “a community of believers on mission to bring the Gospel to the ends of the earth through the modality of yoga.” Holy Yoga has an instructor training program, and there are hundreds of Holy Yoga classes each week in locations across the United States and Canada.

Yoga to come closer to Christ

Many forms of Christian yoga assign Christian terms and prayers to certain yoga postures or sequences and replace South Asian imagery, such as the popular “Om” symbol, with Christian imagery, such as the cross. Other forms, such as WholyFit and PraiseMoves, remove all explicitly yogic language and imagery, including the term yoga itself, to avoid associations with yoga’s historical connections to other religions.

Some Catholics are also teaching yoga as a Christian practice. The Reverend Anthony Randazzo, a priest at Notre Dame Roman Catholic Church in New Jersey and co-author of “Beatitudes, Christ and the Practice of Yoga,” has taught yoga for years. He insists that yoga has always brought him closer to Christ.

Christian yoga is not just an American thing. Indian Catholic priest Joseph Pereira has written about Christian yoga and teaches yoga for the practice of Christian meditation to Indian audiences. Pereira’s Kripa Foundation also uses yoga as a component of recovery from alcohol or drug addiction as well as a form of support for those living with HIV.

But is any of this really yoga?

Since yoga morphed into a multi-billion-dollar industry, there has been a growing public movement suggesting Christian yoga is not legitimate. The movement pivots around an attempt to define yoga by locating some monolithic “center” or essence, especially one that attributes a Hindu religious identity to yoga.

One public campaign is based on the argument that Christians have been duped into thinking yoga is merely a consumer product and warns that yoga is essentially Hindu. Yogaphobic critics have included Albert Mohler (president of the Southern Baptist Theological Seminary) and Pat Robertson (television evangelist and founder of the Christian Coalition of America).

Recently, for example, Mohler suggested, “When Christians practice yoga they must either deny the reality of what yoga represents or fail to see the contradictions between their Christian commitments and their embrace of yoga. The contradictions are not few, nor are they peripheral.” And Robertson warned on an episode of the Christian talk show, “700 Club”:

On the other hand, some Hindus criticize yoga consumers for failing to recognize yoga’s Hindu origins. The Hindu American Foundation, a Minneapolis-based organization that advocates for Hindus living in the United States, introduced the Take Back Yoga campaign in 2010, which argues for one authentic Hindu yoga. The Indian government under Prime Minister Narendra Modi has also joined the debate through its many attempts to rebrand and reclaim yoga for India.

Why yoga cannot be claimed by any one religion

The argument that Christian yoga is not real yoga, in my view, assumes that yoga is or has been a static tradition that has always featured Hindu symbols, practices and ideas.

In reality, as research shows, yoga includes a variety of historical as well as living, dynamic traditions that have changed and evolved. Yoga’s history is rooted in a vast array of South Asian religious movements going back over 2,000 years ago. In India alone, yoga practitioners have included Hindus, Buddhists, Jains, Christians and Muslims.

Yoga has never had a single purpose for its seekers – whether it is philosopher-ascetics seeking enlightenment, ecstatic devotees expressing love of God, people in pursuit of yogic superpowers, fitness buffs seeking the perfect “yoga butt” or Christians wanting to get “closer to Christ.”

In other words, yoga has never belonged to any one religion, but it has always been packaged in a variety of ways. This is the problem with the question of whether or not Christian yoga is real yoga – there has never been one real yoga.

Can Yoga be Christian?
What is Religious Liberty?
What Draws Women to a Religion that Says Men Should Be in Charge?
GLOBAL IDENTITY 32 Culture 3 Religion 4 Yoga 1