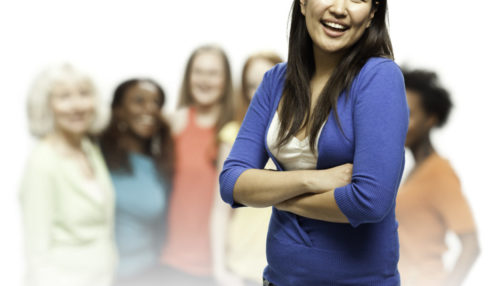 We often don’t think about the unwritten rules that are a part of the identity groups to which we belong. Informal expectations and norms are present in every identity group, and if you’re a group member, you’re expected to follow these rules.

Violating the expectations and established standards of your identity groups can cause you as much pain and stress as being on the receiving end of intolerant actions from other identity groups. Often overlooked are differences among members of the same identity group that leads to friction. Some of these differences are geographical, generational, class based and political.

Here’s a statement that wraps all of these differences into one example to highlight the point: An elderly, rural, conservative, white woman and a young, urban, progressive woman will have different views about what it means to be a woman. Both are women, but they come from different generations, political beliefs, and communities—which have different norms and informal rules that affect their lives. Can you see how one might think the other doesn’t conform to the standards about what it means to be a “real” woman? This can apply to almost anyone—girl, boy, Asian, Latino, veteran, gay, lesbian, white man, or other identity dimension—and the person who doesn’t conform (or breaks rank with members of their identity group) could pay a heavy price.

I ran into this dynamic early in my life as a teenager growing up in Virginia Beach. I knew I had a talent for public speaking, so I joined my high school forensics team. We competed on the local, regional, and state level in several categories such as poetry, prose, and extemporaneous and dramatic interpretation. I represented my high school in the Boy’s Original Oratory category. I was also one of the first African Americans on the team, and I got quite good at it, eventually winning the Virginia state championship two years straight. But many of my African American friends ridiculed me for being on the team, and they ridiculed my accomplishments because, as they insisted then, “Black people don’t do that kind of thing.” They also told me, “You talk like a white person.”

This was extremely painful for me. Instead of receiving congratulations and recognition for what I was good at and enjoyed doing, African American students rejected and made fun of me. It hurt at the time. But I also knew that I was a trailblazer, a pioneer who was challenging everyone’s notions of what a young black person could do. I knew I was contributing and hoped it would make things easier for those coming after me. It also made me much less likely to buy into traditional disempowering ideas that were harmful to (and part of) the black community.

Breaking rank means to do or say something different from what others like you or similar to you expect you to do or say. The kinds of issues on which identity groups may pressure their members to stay in rank include:

Breaking Rank in the Age of MultiDentity

How can you effectively break rank with an identity group, be it your family, your friends, your teammates, or a dimension of your cultural identity? Here are some strategies to manage the challenges you’ll face when you break rank:

Remember, sometimes you’ll have to break rank with the established ideas and norms of one or more of your identity groups if you’re to be all of who you are.