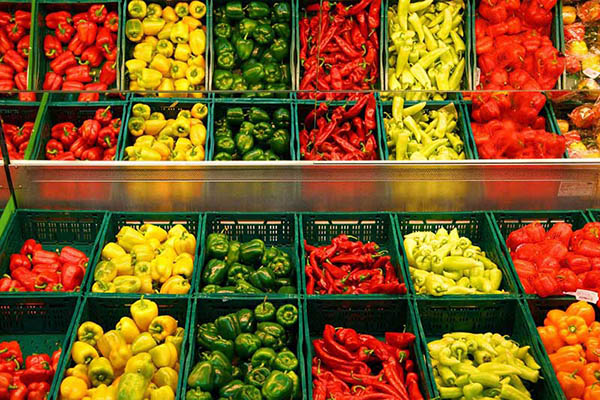 How Your Identity is Shaped Through Food

There are many elements to your identity that express who you are. What you wear, where you live, the music you listen to, the fiends you have. But what about the food you eat? How can food help you understand your identity and how does what you eat influence others interpretation of you? We symbolically consume identity through our food and drink choices – more specifically, by what we don’t eat or drink. This post is adapted and edited from https://culturedecanted.com/.

Eating is an intensely personal act. What we eat communicates to others our beliefs, cultural and social class backgrounds and experiences. There are many reasons why we include or exclude foods from our diet, from health needs to deep cultural and religious beliefs. What we often miss is the pivotal role that food plays in forming our identities.  Something that all humans share is also something that we use to differentiate ourselves on a daily basis.

‘Food is our common ground, a universal experience’.

DIFFERENT WAYS OF COOKING THE TOPIC

It’s easy to think when reviewing literature on eating that there are too many chefs in the kitchen. Many disciplines have their leading thinkers in the subject area and there is a tantalizing array of papers to look at. With this in mind, I’m going to stick to some of the papers that are more topical to what I’m currently looking at. Even a quick and cursory exploration is useful to contextualize how food relates to identity.

Those who study symbols have likened the use of food in society and culture to language. As Roland Barthes, suggests ‘When the (modern consumer) buys an item of food, consumes it, or services it, modern man does not manipulate a simple object in a purely transitive fashion; this item of foods sums up and transmits a situation; it constitutes an information; it signifies’.

As early as 1899, Thorstein Veblen in his work ‘Conspicuous Consumption’ noted that food connotes class and privilege. Subsequent studies have painted this picture in deeper relief. The sociologist Norbert Elias identified the symbolic meaning of foods performing a significant role in determining social power and status relationships. Likewise, Pierre Bourdieu has suggested that social stratification and class are defined by taste. In an influential series of works Mary Douglas has looked at food as eating codes that define an individual’s place within a society and serve to actively maintain social order.

We find that the structure of society closely correlates to the nature of status foods:

Ethnographic research has revealed that an emphasis on quantity of food and elaboration of common staples is found mostly in societies without strong social stratification, while an emphasis on quality and style is characteristic of societies with institutionalized forms of social ranking. In the former context the consumption of luxury foods is used primarily to create or enhance social bonds, in the latter to create or enhance exclusivity and distance.

Sociologist have been able to illustrate that societies where there is little lifestyle difference between members, special occasions are characterized by the quantity of food. In comparison, in hierarchical societies where you tend to find sub-cultures, it is typical to find quality and foreignness in food as the differentiators of status.

A characteristic of societies with social equality is that there tends to be a more equitable distribution of food. It was the improved availability of food that was the main driver of the evolution of haute cuisine and fine dining, as the upper-echelons of society moved to further differentiate themselves from the masses. High status foods are characterized by rarity, cost, labor time, prominence of animal proteins and non-nutritional meanings and associations. At the same time there was shift towards individuality and the separation of classes, which resulted in eating innovations such as tables and cutlery.

This presents another paradox in how different cultures perceive eaters. Body image, in relation to food, is a way of creating more social meaning. Where there was a shift away from status-meals defined by quantity, in cultures where there is an abundance of food thinness is associated with privilege and status. Whereas, we find that in societies where food is scarce, there is the perception that being overweight is a status marker.

ETHNIC AND CULTURAL SYMBOLISM OF FOOD

Sidney Mintz has shown how these symbolic meanings change with different cultural, ethnic and class considerations. Food, geography or place and identity are intertwined from a symbolic perspective. Wenying Xu makes the important perspective that food is one of the ways that we engage with, and understand, other cultures:

‘’Food operates as one of the key cultural signs that structure people’s identities and their concepts of others’.

Bell and Valentine go into this definition in more detail, stating that national identity is linked to food:

“The history of any nation’s diet is the history of the nation itself, with food fashion, fads and fancies mapping episodes of colonialism and migration, trade and exploration, cultural exchange and boundary making”

Ethnographically we find that ethnic identities are expressed and maintained through dietary choices. The food that we eat can strengthen ties to your ethnicity on a day-to-day basis and it can also reflexively reinforce a sense of identity when you are in another culture. English seeking fish and chips in Greece, Australians hunting for Vegemite on Toast in Asia, and Americans looking for burgers everywhere, are examples of this identity reinforcement on holidays.   While I’m focusing on food here, coffee, tea and alcohol are also used in similar ways.

While not a focus here, it should be noted that in the fluid global world of exchanged culinary traditions, foods are constantly reimagined and reinvented to suit the local culture. Often these can be cultural definitions; consider the similarities and difference between the croque–monsieur to a toasted sandwich; a meat pie to a beef wellington; or Japanese tempura to Portuguese battered fish. You don’t have to be the originator of a concept just to have a unique version that bonds a group of people. Consider the Cronut as a recent invention that speaks to NYC but blends donuts and croissants from different cultures, unified in a glaze of American sugar.

Importantly, there is a difference between recognizing that what you eat is what you are and that what you eat constructs who you are. Food choices for an individual are not fixed, naturally they develop and change over time; they are informed by many different personal preferences, resources, identity needs and socio-cultural factors. One of the prominent trends of modern western societies is the shift towards ethical consumption in the form of artisan, organic, local etc.

Our food is safer and our diets are more diverse than ever before; production methods are becoming increasingly sustainable, clean and efficient; and we are constantly becoming better at protecting biodiversity. When it comes to the food you eat, what does it say about you?

What’s Your Worldview?
Change and Identity, How Flexible Are You?
Negative Thinking Linked to Dementia in Later Life, But You can Learn to be More Positive
PERSONAL IDENTITY 33 Body Type 1 Cultural Identity 2 Food 1 Identity 1 Mindfulness 1 Package 1 Recipes 1 Soical Class 1 Ststus 1