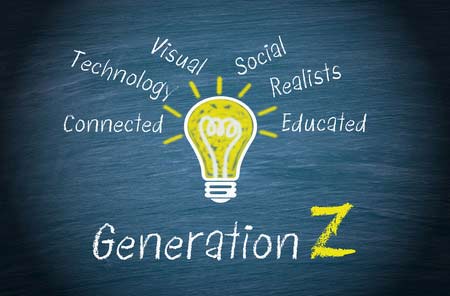 Generation Z, also known as Centennials or Pivotals were born after 1995, they are not working full time yet produce more content in a day than previous generations did over the course of their entire lifetime. Generation Z represents today’s global youth, and by exceeding a population of 2 billion, they are one of the largest and most influential identity groups and audiences for brands to reach.  According to research conducted by Australian Social Researchers, McCrindle,  Generation Z, “will make up to 40% of consumers by 2020 [1]. It’s not only that they carry a device with them, which can be remotely targeted at any time, they also sit on more money than any generation before at that age. $44 billion in discretionary spending per year [2].

As McCrindle Research outlines, “Generation Z is the most materially endowed, technological saturated, formally educated generation our world has ever seen [3].” However, when looking at what motivates them, there is pivot rather than an increase in the core beliefs from Gen Y. Read more about Generation Z in Shifts from Generation Y to Generation Z by Bennie Harvey posted at Top Buzz.