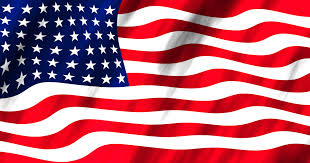 Allegiance to your nation is by sharing preferences for many everyday life experiences such as shared values, global political agendas, language, history, symbols, arts, traditions, holidays, language and many other elements. Allegiance to national identity strengthens when under the threat of a military, economic or cultural enemy.

Sometimes cooperation is heightened as individuals unite across many differences to protect themselves and fight against a perceived common threat, as the United States did for a period after the terrorist attack by Al-Qaeda on September 11th, 2001. The positive expression of one’s national identity is patriotism, and the negative produces extreme isolationism and xenophobia.

National identity enables citizens to imagine themselves as part of a larger national community. National identity also allows a sense of belonging across long distances by fellow citizens who never see one another in person. Globalization reinforced by unbounded communications technology is introducing this sense across national borders.  But it would be a mistake to underestimate the role that geographical boundaries play in national identity. Geographic boundaries are powerful tools to enforce inclusion and exclusion via-à-vis territory.

Whether it’s the creation of a border wall to keep undocumented workers out of the US or the incarceration of Palestinians surrounded by an Israeli wall-building in the occupied West Bank, struggles both to enforce and to contest national borders make processes of inclusion and exclusion from national identity painfully obvious. It is especially difficult in the Middle East, as borders are overrun by various religious factions fighting for control and causing refugee disasters.

Many nations may try to avoid overt forms of ethnic nationalism through appeals to ‘civic’ nationalism that de-emphasize forms of racial, ethnic, tribal and religious differences and dominance. Historically some nations have also used the power of the state to persecute, oppress, or delegitimize certain ethnic groups for a privileged group of citizens who are culturally dominant. But at borders, the truth of racial exclusion, marginalization, and subordination often becomes much more visible. For this reason, American struggles over the management of the US-Mexico border are not simply about the border and immigration status of those who enter the country illegally but the identity of the people on the other side of the border and how they differ from the native residents. The United States has more than one border, yet notice the topic is often discussed as “the border.”

Finally, subsets of citizens within many nations are also resisting the lessening of national identity. But in the Unites States, anger mounts at being sold out by larger multinationals and jobs get shipped overseas. Many Americans fear the loss of their native values and customs as they are marginalized and homogenized into a generic global culture.

If challenging economic times continue into the unforeseeable future people must expect a rise in nationalism and for those feelings to be expressed through racial, ethnic and nationalistic political movements.

What Does this Mean for You?

In a MultiDentity world, you will interact with many people during your day to day work and community life. Some will feel strongly about closing national borders to protect the traditional understanding of the character of the nation as they have known it, and others will feel strongly that we are all global citizens and our identity transcends geography or political borders. Thinking like a MultiDentity will help you connect with stakeholders who want inclusion and those who fear invasion.  So success in the Age of MultiDentity means:

Remember in a nation polarized and fragmented along values, beliefs and dimension of identity the key to greater success in the age of MultiDentity is your ability to connect and communicate with people whose identities are rooted in different experiences than your own. Nothing about the trend of greater conflict over national identity will change in the foreseeable future.

Who Are We? Is Authoritarianism on the Rise in America?
Division is a National Threat
Looking to the Future, Public Sees an America in Decline on Many Fronts
NATIONAL IDENTITY 66 isolationism 1 National Identity 7 patriotism 1 xenophobia 2