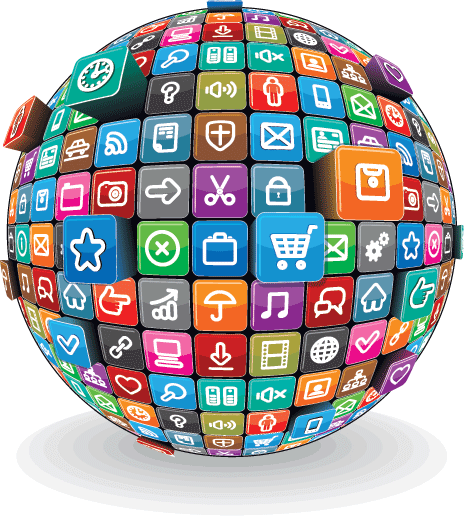 Technology is Actually Influencing Your Identity

You answer your email, check the traffic, and thumb through your friends’ latest baby pictures. With your smartphone in hand, you’re connected, never out of touch, in charge, productive, and empowered. You check your texts and friends’ updates through numerous apps, play games, stream movies and go through the latest pictures, breaking headlines, and special products that are targeted toward you.

Last weekend, I was having dinner with my wife and two sons aged 22 and 24 while watching a football game at the same time. Of course, for most boomers, we grew up in an era wherein watching a big game was about focusing on television. But my sons were armed with their laptops and cell phones in order to check in on their fantasy football leagues, and to talk smack with their friends about the games as they progressed in real time. And that’s not all! The television remote became a hotly contested item because of the broadcast of NFL REDZONE. Now we also had to jump back an fourth between the primary big game to the REDZONE on another cable channel for moment by moment live coverage of teams who had potential scoring opportunities.

As a result of the digital connection, very little was actually communicated to my wife and I who were right in front of them in the room. I wondered if I should text them during the meal.

Then I found a helpful article entitled “Technology can make you feel like a different person” that focused on the work of Michelle Carter who began developing the theory that IT was actually influencing our identities. Carter’s work began while she was pursuing her Ph.D. at Clemson in 2010. In a study, she and her colleagues took students’ phones away for 24 hours. Many of the students found it excruciating.

Carter is an assistant professor at the University of Washington Information School. Her research is ground-breaking because it sheds light on how technology is changing our identities as it becomes an extension of who we are. Carter says, “The extent to which a person’s sense of self is tied to a piece of information technology is what she calls an “IT identity.”

Carter’s work has established her as a leading researcher and she is positioned well to build on her theory. The theory of IT is hoped to ultimately help humanity answer the question, “What it means to be human in an increasingly digitally dominated world?”

Carter’s theory is that when you’re connected, no matter whether through a desktop computer, a mobile device or an app such as snapshot, Facebook or Linked in your connection can give rise to one or many IT identities — a perception of yourself that’s intertwined with the technologies you’re using.

“A lot of it comes down to how embedded a technology is across people’s social lives,” Carter said. The more you enact it across work or at home, the more likely it is that you’re aware that the technology is a part of who you are. As species, humanity, communities and individuals, are we truly ready for the unfolding technological revolution? How do you handle the integration of technology into your identity? Do you even care?

Is There Structural Racism on the Internet?
Macron on how AI will shape the future, and threaten democracy
Dove apologizes for ad: We ‘missed the mark’ representing black women
MEDIA AND TECHNOLOGY 50