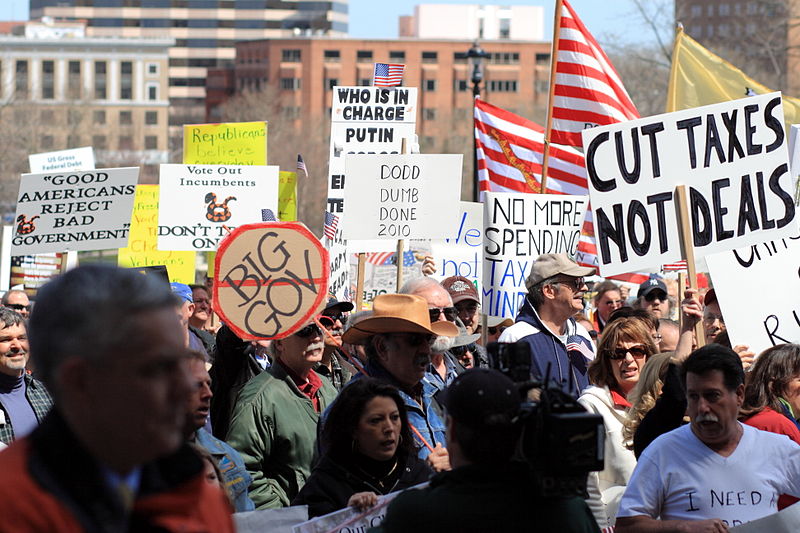 In many European countries, so-called “populist” political parties are on the rise, disrupting the established political order and upstaging mainstream parties. Their opponents see them as demagogues who ignore the realities of power and the necessity of political compromise, while their supporters view them as plain-speaking underdogs who will stand up for regular folk against the undeserving, the incompetent, and the powerful. No US election campaign in living memory has evoked more use of the term called ‘populism’ than the one in 2016. Both Bernie Sanders, a self-described ‘democratic socialist’ competed against income inequality and Donald Trump, a billionaire who vowed to deport 11.5 million illegal immigrants and build a wall at the Mexican border, have been labeled as populists.

Pundits have traced the roots of populism throughout history. Whether it is the racist hue of George Wallace, the stiff-necked Southern segregationists, the red-scare life of Joseph McCarthy or the “share our wealth” rule of Huey Long in New Deal Louisiana, populism has been present in one or the other form. Way back in the 19th century, even figures like William Jennings Bryan and Andrew Jackson have been regarded as proponents of populism.

So what is Populism?

Broadly defined, populism is a political movement that champions the causes and maximizes the interest of the ordinary citizens and is hostile to ruling elite. Populism usually combines elements of both right and left and opposes big business the establishment and entrenched financial interests.

In its contemporary understanding, populism or populist politics typically revolves around a charismatic leader who appeals to and claims to embody the will of the people to consolidate his power. In the second half of the 20th century, populism was identified with the political style and ideas of Latin American leaders such as Juan Peron, Getulio Vargas and Hugo Chavez. The term ‘populist’ is even used critically to accuse a politician of pandering to people’s fear and enthusiasm.

In the United States, the term came into vogue in the 1880s when farmers were suffering due to plummeting cotton prices in the South and a drought in the Great Plains. The farmers continued their free-fall into debt while bankers continued to charge exorbitant lending rates and railroad barons continued to charge high prices. Farmers and labor unions got together to form what was officially known as the People’s Party but commonly called the Populists. According to Rutgers University historian David Greenberg, people felt “squeezed by the unrestrained capitalism of the Gilded Age.” The Populists were for measures like nationalizing railroads, breaking up big trusts and getting rid of gold standards, eight-hour workdays, and progressive income-tax. They seemed to be in the right direction too. In 1892, populist presidential candidate James B. Weaver won 8.5 percent of the vote, but then things went into a downward spiral from there.

The populists split into two factions – Fusionists who thought that the party should merge with the Democrats and Populists who preferred their independence. The fusionists prevailed and threw in their lot behind 1896 Democratic presidential candidate William Jennings Bryan. Jennings’ convention addresses decrying the gold standard remains one of American history’s most famous speeches. In this speech, Jennings sent assembled crowds into a frenzied state with his, “You shall not crucify mankind upon a cross of gold” statement.

Although he lost the election to Republican William McKinley and the Populists withered away soon after he left behind a lasting populist legacy. According to biographer Michael Kazin, Bryan “was the first leader of a major party to argue for permanently expanding the power of the federal government to serve the welfare of ordinary Americans.”

What became of the Populists?

Although they ceased to be a separate political force, many of their core beliefs were incorporated in the Democratic Party and became the foundation of Franklin Delano Roosevelt’s New Deal. Radical versions of populism came up during the Depression era which saw the meteoric rise of figures like Huey P. Long. During the cold war, populism took a hard right turn. Today, populism is back in different hues.

Is Populism good or bad?

Paul Taggart, Professor of Politics at the University of Sussex and Director of the Sussex European Institute, says “I’m not sure we should apply labels such as ‘good’ and ‘bad’ to populism. I don’t think populism is inherently a bad thing. I believe that it attaches to different sets of ideas, some of which are very bad (in my opinion), but there’s nothing to stop populism attaching itself to ideas that I think are good. What we tend to mean when we speak about ‘populism’ in the European context is populism of the Right or Far Right. But Latin American populism is often of the Left Wing.

Populists don’t tend to like politicians as a whole. In its extreme form, populism doesn’t like politics. A lot of disagreement has always followed the use of the term ‘populism.’ Perhaps the most challenging dilemma regarding the definition of populism was presented by Ernest Gellnerin in his introduction to the 1971 anthology Populism: Its Meaning and National Characteristics, where he remarks, “Everyone is talking about populism, but no one can define it.”

Why has Populism returned?

Amanda Taub of the New York Times spent a year studying the rise of the current version of Populism fueled by what she describes as “a majoritarian backlash. The 2008 financial crisis sparked an outpouring of pent up anger against Wall Street and Washington, and the institutions that are the bedrock of the society such as journalism, courts, education, law enforcement and the Congress all suffer from deep lack of trust from the citizens. Fear of social change; fear of terrorist attacks and the crisis of identity that subgroups of whites are experiencing as they struggle to maintain their social dominance.

In the larger population, most Americans have expressed distrust in government since the 1960s, with dips and rises along the way. But now the lows seem to be getting deeper and the upturns less steady, leading experts from many fields to fear that something fundamental has changed and that commitment to democratic institutions may be nearing a tipping point.

So what does Populism mean for you?

Populism will continue to be a driving force, and as responsible members, of the American community lets, be proactive in consciously choosing our beliefs and turning them into informed action that expresses our viewpoint. You’ll also have to live with the tension so the next several years and learn how to communicate and connect with the stakeholders who will have different points of view, about Populism. Don’t expect that old norms about what is OK to talk about at work, versus in social and family settings will hold. Barriers, rules, norms and patterns about how we communicate to others about political identity issues have changed. Based on the current polarized environment it’s best to be prepared for social turmoil related to issues of our national identity.

Looking to the Future, Public Sees an America in Decline on Many Fronts
Communicating Across Worldviews
Who Are We? Is Authoritarianism on the Rise in America?
NATIONAL IDENTITY 66 Capitalism 1 Fear 3 Illegal immigrants 1 National Identity 7 Populism 1