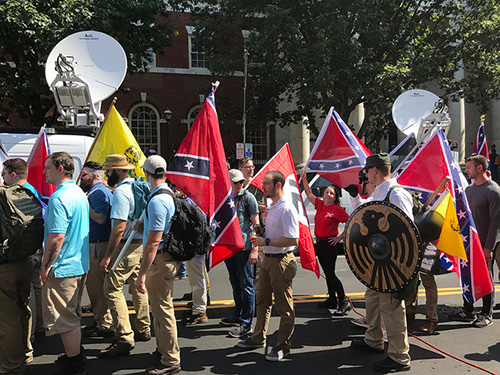 The Rise of Male Supremacist Groups

When Marc Lépine murdered 14 women at Montreal’s École Polytechnique in 1989, he claimed that he was “fighting feminism.” When Anders Breivik murdered 77 people in Norway in 2011, he was in large part motivated by his hatred of feminism, which he considered a poison and threat to the future of European men. And when Elliot Rodger killed six people in Isla Vista, California, in 2014, he said he did it to punish young women for rejecting him and sleeping with other men instead. Read more about how age-old misogyny morphed into an explicit ideology of hate in the New Republic.