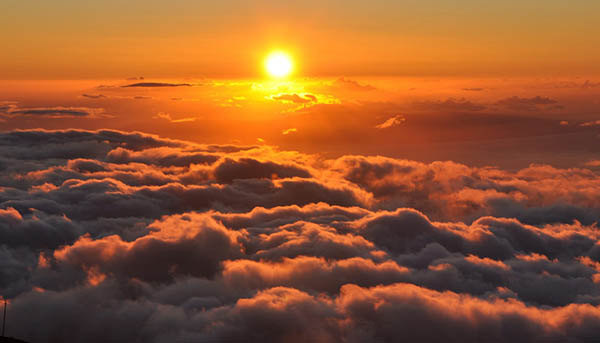 When a fiery red sunset or the amber leaves capture your spirit, you can lose yourselves in the beauty and magnificence of nature.  Just as we can lose ourselves in nature, we can also find ourselves in our empathy and compassion for others. When I catch a glimpse of a small girl starving in Africa, her belly extended from hunger; she is my daughter.  Those left homeless in Haiti suffering deprivation without hope, they are my neighbors; a broken war veteran living on the streets of Los Angeles he is a brother.  I know in my heart and mind that those faces of anguish could just as easily be my own.  I empathetically feel the pain, the injustice, and the staggering disbelief at how precipitous and unfair life can be.

As MultiDentities, we understand that the cause of this suffering is sometimes the misalignment of systems and institutions with our stated values.  When we are over-invested in our individual needs or limited group needs, we can quickly close ourselves off from our empathy.  MultiDentities will remember that when we don’t make choices that are informed by universal or spiritual qualities can be cold and, not surprisingly, inhumane.  The MultiDentity Mindset invites deeper, life-sustaining qualities, such as:

When we make critical decisions about how our nation and communities will operate we need an infusion of such qualities, or we will continue to collectively drown in selfishness, impersonal bureaucracy, and cold-heartedness while everyone is pointing the finger of blame at somebody else. For the MultiDentity, it’s not enough to strive to become a wealthier, more famous, or more influential person; we must ultimately seek to become a better person – to grow stronger from our burdens even as we share the blessings that life has granted us. Transcendence is one of the most important soulful qualities of a MultiDentity.  Let’s briefly explore this concept.

In everyday language, transcendence means “going beyond,” to overcome something unpleasant, to rise above purely egoistic thinking.  To transcend, we need both personal effort and a willingness to transform.  Transcendence requires the knowledge that our success doesn’t just involve our “little identity,” but also the universal or spirit based self, our “big identity.”  Doing so requires us to step outside of our personal ego-bound perspective.  One of my personal heroes and a great model for personal transcendence over the powerful legacy of political and racial repression is Nelson Mandela.

President of South Africa from 1994 to 1999, Mandela was the first South African president elected in a democratic election.  Before this, he had been a violent anti-apartheid activist and led the armed wing of the African National Congress (ANC).  In 1962, he was arrested and convicted of sabotage and other charges, and sentenced to life in prison.  Mandela served 27 years in jail, where he was confined to a small cell with the hard floor as his bed and a bucket for a toilet.  He was forced to do hard labor in a quarry and allowed only one visitor a year for 30 minutes.  Mandela’s cell was not a human-sized space – he could not even stretch out when he was lying down.  How did this one-time revolutionary transcend the righteous rage that fueled his former role as a freedom fighter?  Anglican Bishop Desmond Tutu said of Mandela and his time in jail:

“…time in prison was not wasted. He had gone to jail as an angry, frustrated young activist. In prison the fires of adversity purified him and removed the dross; the steel was tempered.  He learned to be more generous in his judgment of others, being gentle with their foibles.  It gave him a new depth and serenity at the core of his being and made him tolerant and magnanimous to a fault, more ready to forgive than to nurse grudges – paradoxically regal and even arrogant, and at the same time ever so humble and modest.”
– Desmond Tutu

After Mandela’s release on February 11, 1990, he headed his party in the negotiations that ultimately led to the establishment of a multi-racial democracy in 1994.  As president, his focused priority was reconciliation.  Mandela has received more than 250 awards over four decades, including the 1993 Nobel Peace Prize, for his work in bringing South Africans together through peaceful, democratic means.

Your specific membership in any one identity group – your race, gender, nationality, or religion – becomes secondary when in the transcendent mindset.  Old divisions of separation disappear and old labels no longer restrict your point of view or beliefs about what’s possible.

MultiDentities act on the idea that we are part of much more than we can understand.  We realize that we are enmeshed in a society that struggles with painful legacies that at times appear insurmountable because of the hardened anger, feelings of victimization and resulting distrust.

Why is it difficult for us to transcend?  One reason is that transcendence is often spoken about in great religious and spiritual terms, but in the “real world” the values many of us subscribe to are often more down to earth.

It wouldn’t surprise us to hear someone saying, “You’ve got to be kidding – taking the high road with your adversaries is a tremendous risk and could be perceived as weakness, and we all know you should “never show vulnerability to a competitor.”

Here’s where the MultiDentity can make a contribution, by reminding the stakeholders that this is the moment for transcendence, the time to rise above the petty and the partisan.

Yes, there is a risk in acting on what we know in our hearts and minds to be true, and sometimes we will lose, but in the long run, those who make the sacrifices of today are planting the necessary seeds to help everyone grow towards a healthier future tomorrow. The spirit of the MultiDentity mindset, counsels you to be patient and know that you may not in the short term, immediately reap the fruits of your efforts.