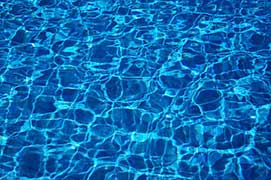 Want To Be Healthier And Live Longer? Adopt A Blue Zone Community Mindset

Diets, crash courses, lifestyle gurus and what not! We have so much around us that claim to give us the secret to leading happier, healthier and more meaningful lives. It is all available but for a price. With so much hype and surrounding these things, it is easy to lose sight of the basics regarding what is required to lead a happy, balanced and healthy life.

Instead of following fads and trends, here is what you can do. See how the longest living people around the world are eating and living. You can do this by looking at the blue zones.

So you might be wondering whether the Blue Zones is a diet regimen. It is not. “It is just a term used to describe communities around the world that have been found to have long, healthy lives”, says Tim Crowe  – a nutrition academic, accredited practicing dietician and Blue Zones, expert.

The term ‘Blue Zones’ came into limelight after researchers Gianni Pes and Michel Poulain drew blue circles on the map to mark villages in the Sardinia region of Italy where there was the largest concentration of male centenarians. They named these zones ‘Blue Zones’. Further research led to the classification of six more Blue Zones across the world.

At the moment there are seven blue zones around the world. These include:

One of the key researchers of Blue Zones is Dan Buettner, who found three out of five of such places and wrote a book on this topic. According to Buettner, those in the first three zones are people who suffer from only a fraction of the diseases that commonly kill others in other parts of the developed world and enjoy a healthier life.

Loma Linda in California probably rings no bell for anyone. According to Crowe, this American town is a brilliant example of how any country can become a Blue Zone. This area has not been around for thousands of years nor is it explained by genetics.

“This is the hometown where people are mostly Seventh-day Adventists, and it’s very different from the rest of the American population. They follow a very strict vegetarian diet, and adhere to church teachings around diet, not drinking and not smoking,” Says Crowe.

Blue Zones are not simply about lifestyle related to religion nor are they only about eating good and living longer. To be considered a Blue Zone, a location needs to have three key things in order – diet, meaningful activity, and community and family engagement.

Every day new facts are coming to light due to research, and a fascinating aspect is the correlation between plant-based food and living longer and being healthy at the same time.

“It’s nice to be living longer, but it’s about being healthy,” Crowe said. “One of the key things about Blue Zones, even when you compare an elderly person in a Blue Zone to someone from another Western country, is they have much lower rates of dementia, as well. That’s just as important as we get older — to hold onto our minds,” he added. However, this doesn’t mean that the Blue Zone diet is vegetarian. A lot eat meat and fish too, but it is predominantly plant-based. Incidentally, there is no one ‘special food’. People in Blue Zones eat according to their culture. So, in one blue zone, it could be green vegetables while in another, it could be rice and tofu. Food varies from zone to zone.

Blue Zoners also tend to eat seasonally depending what is available at a time of the year. They do not abstain from alcohol; moderation is the key to everything that they consume.

The second and another key aspect of Blue Zones is exercise. However, it is a far cry from the exercise you have in mind. Exercise in a Blue Zone doesn’t mean going to a gym or running a marathon. It involves doing simple things like gardening, shifting things within the house, walking to a friend’s place and even kneading bread.

So, the key lies in engaging in physical activity throughout the day instead of high-intensity training every day. Sitting for hours and hours every day is bad. “Sitting is the new smoking”, says Crowe.

Social media has its uses, but despite its claims of connecting people, there is a sense of connected disconnectedness. Physically engaging with people around us is still the best way to keep engagement alive. Communities in Blue Zones also have a better sense of purpose in life. A simple yet profound question like “Why do you get up in the morning?” will elicit meaningful responses like “to help out neighbors,” “to help a family” or “to engage in a job that we love.”

To sum it up, we can say that the way of life advocated by Blue Zones is nothing radical. They are continuing to do the good old things, which our elders and ancestors used to do. Every state and every country can become a Blue Zone provided they have a sense of balance and don’t get carried away by the current parameters of “success” and “achievement.”

Six Ways to Strengthen the Social Fabric of Your Community
YMCA “Us” Campaign Inspires
The 10 Lenses: Are you a Multiculturalist?
NATIONAL IDENTITY 66 Blue Zones 1 Community 4 Community Engagement 1 Diet 1 Exercise 1 Vegetarian 1

Laurie Williams, MA, CWC, is the Director of Wellness at Casey Health Institute where she is responsible for the management of the Wellness Center and promoting positive health behaviors in their patients and for the community at-large. She has developed patient-based wellness programming, coaching and health promotion services. Laurie is a certified wellness coach, and group exercise instructor, as well as a YA, registered yoga instructor. She has studied Iyengar yoga for more than ten years.