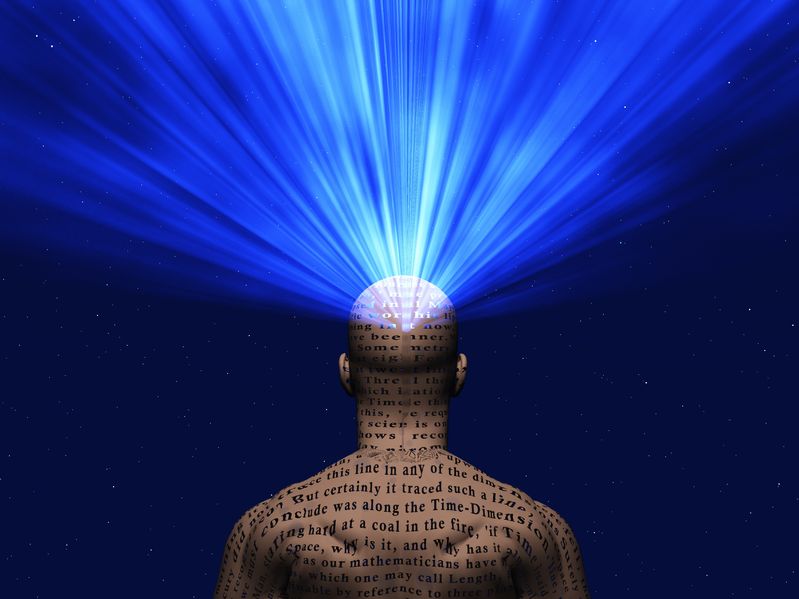 What is a Narrative and Why You Need to Know

A narrative is a story that describes and explains events and characters. Increasingly, narratives have also moved into the realm of politics, sociology, economics and religion. Dominant storylines relating to our lives and beliefs are pervasive throughout the media, academia and corporate culture. The institutions we respect and obey, from the education system to the police all have narratives that emanate from them. These narratives are crucial to be aware of and understand because they help explain – and sometimes shape – our daily reality and perceptions, both individually and collectively.

Narratives often have a good guy and a bad guy, or an “us” versus “them” structure. For example, this World Economic Forum piece decrying populism presents an assumed “us” of cosmopolitan, internationalist liberals and sets it against an assumed “them,” namely nativist populist nationalists who tend to live in rural areas. It suggests essentially economically cutting off rural areas and consolidating those considered open-minded and good into large plural cities. This opinion piece is a classic narrative with an added layer of moralization, instilling and reinforcing assumed feelings of ethical superiority and righteousness in the reader. It also contains a virtue signaling element implying that anyone who is not amenable to the article’s argument is a racist or backward fanatic who is holding back progress. Narratives function by way of a truism, a tale – a big picture judgment.

An example of two competing narratives is to look at the civil war in Syria. One narrative holds that Assad and the Syrian government that backs him are genocidal monsters who reacted to legitimate protests in the country by the marginalized Sunni majority with brutal violence. This narrative contends that the government responded to citizens’ dissatisfaction by indiscriminately bombarding their own citizens, arresting people arbitrarily and allowing the army to commit numerous despicable war crimes. They forced millions of Syrian civilians from their homes and hundreds of thousands into their graves. This narrative tends to downplay NATO and Western history of lying and exploiting foreign turmoil to further cynical, economically and geopolitically-driven agendas. It stresses authenticity and the suffering of brave and honest Syrian people instead of the Western governments trying to use and market that suffering. This narrative is very centered on the suffering of refugees and the horrors committed by the government but tends to overlook and explain away the radicalism of many of the rebels currently opposing Assad.

Another narrative prominent in some areas on the Left and Right holds that Syria is the victim of Western-backed terrorists. This narrative contends that Syrian leader Bashar al-Assad has only ordered his army to do what was necessary to save Syria from being fully overrun. This narrative doesn’t focus on Syrian government atrocities and tends to see them as unintentional, or as a better option than the alternative of a jihadist-run Syria. It thus focuses on the aggressive actions of those opposing Assad, scoffing at the idea that they are “rebels” and pointing out propagandistic efforts to encourage Western intervention. This narrative thus regards Assad, not as the maniac that the West and many escaped refugees portray him to be, but instead as a rational actor forced into an aggressive posture. Some who adopt this narrative even deny that there were initially peaceful protests of the Assad government during the Arab Spring, despite the fact that ample evidence exists to prove that there most certainly were.

The truth, of course, is a mixture of both narratives – rather than being fully one or the other. Assad’s forces have indeed committed numerous atrocities and worsened instability in Syria, but Western-backed extremists have also committed numerous atrocities and supplanted the original secular Syrian revolution. It’s fully possible that ordinary Syrians had legitimate protests against the government that were then exploited by the West for an agenda and exploited by jihadists for their agenda and then reacted to with overwhelming violence by the Assad government. Narratives try to streamline people into thinking it has to be one or the other, but the truth is often much more complex and less morally satisfying.

Thus we can see how the either/or narrative doesn’t encompass the reality of the situation but instead tells a morally-angled story that simplifies the situation for easy consumption by the public. It’s perfectly true that there are good people on either side of the Syrian civil war and bad people on either side of the conflict. It’s also true that some of Assad’s forces have committed horrible atrocities and that there is a Western agenda against him that is motivated by various factors. These are not mutually exclusive perspectives, but narratives try to make them exclusive and make the situation binary in order to push an agenda (in this case, either being an apologist for Assad to push back against the prospect of Western intervention or to drum up a war against Assad).

Rather than enumerating dry statistics or just contributing some offhand observations about a situation, a narrative may weave together statistics, anecdotes, observations, beliefs, history, and conjecture in order to form a unified whole. A narrative is all about focus, in the same way that even a perfectly evenhanded news broadcast shows bias just by what it chooses to report. Selectivity is bias, because selectivity inherently means one item has been prioritized over another – often in the service of a narrative. The narrative may also dispense with the whole and build an entire broader narrative on the basis of one story, as can be seen when a politician makes a gaffe and his or her statements or behavior in that anecdote then become the basis for an entire narrative about that politician. Sometimes even a short statement can serve as a narrative, since it encapsulates or inherently links to the larger story body. For example in the 2012 US election, statements made by Mitt Romney about people who don’t pay tax were often used as an anecdote by pundits and members of the public to  illustrate the broader narrative that Romney was detached from the concerns of working class and poor people and was just an uncaring plutocrat. Stories about Romney’s kind interactions with his family and friends were similarly used to make the opposite point by his supporters in order to serve the opposite narrative, namely that Romney was a pious and compassionate man who wanted to help the country.

The postmodern West is currently in the grip of a number of very dominant cultural and identity narratives in particular, that are streamed to the populace through popular culture, academics and religion – or lack of religion. These narratives are powerful partly because they are amplified by every major accepted powerbroker in society through various mediums, from corporations to popular culture. These include narratives such as: diversity is a strength, gender is flexible, being an individual is more important that conforming to social standards or traditions, sexuality is all about free expression and openness, white people are uniquely and disproportionately responsible for historical suffering. These are all examples of minor and major narratives that can often criss-cross and clash in various people’s lives and behaviors, defining moral expectations and ways of seeing human nature and responsibility. The above examples have been consistently pushed through media, academia and an increasing number of influential public figures from Bill Nye to Bill Maher.

There are myriad other narratives, since there are about as many narratives as there are people. The defining factor, then, is when an individual narrative becomes a collective narrative shared – and assumed shared – by millions of people.

John Lanchester, writing in The London Review of Books, put it this way: “Everybody in politics now seems to talk about narratives all the time; even political spin-doctors describe their job as being ‘to craft narratives.’ We no longer have debates, we have conflicting narratives. It’s hard to know whether this represents an increase in PR sophistication and self-awareness, or a decrease in the general level of discourse.”

Be aware of the narratives that guide your thinking, especially binary narratives of either/or. Be critically cognizant of your own narrative – in a more serious way than Ernest Hemingway’s “bullshit detector,” but along the same lines. Partisan politics and social engineers craft narratives by subjectively representing information and situations in ways that serve their agenda. Don’t be an unwitting participant in furthering an agenda you may not even be aware exists. Be a proactive owner of your own worldview and be conscious of the narratives that are crowding the airwaves instead of automatically absorbing them.

As Shawn Callahan wrote in Anecdote: “Narratives emerge from a combination of events and people deciding what aspects of those events they want to retell; what gets amplified. It’s much like history really, an emergent process. Regardless of what we do narrative patterns will emerge and only when we are mindful of these narrative patterns will we be able to choose those patterns to nurture and the ones to disrupt.”

The Social Contract
What’s Your Worldview?
What Draws Women to a Religion that Says Men Should Be in Charge?
GLOBAL IDENTITY 32 Meme 1 Narrative 1 Worldview 5