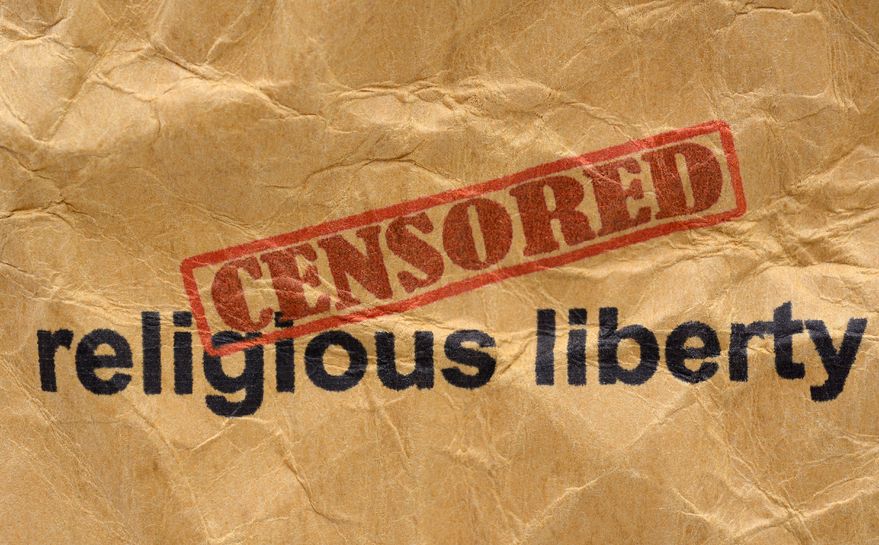 What is Religious Liberty?

Religious liberty as a modern term refers to a movement of legislative and political action in the United States that seeks to uphold conservative, mainly Christian values in the face of social and political change perceived to contravene and threaten those values.

The movement grew out of opposition to changes that swept society in the 1960s and 70s and was essentially a conservative Christian reaction to the legalization of abortion. Roe v. Wade was viewed as inherently infringing on the religious and social values of traditional Christians, particularly as abortion numbers began to go up. Some dissenting voices claim this is not the true founding motivation, and say the religious liberty movement was actually spurred by opposition to desegregation, only later falling in line behind opposition to abortion.

In any case, the religious liberty movement’s intellectual foundations are often accredited to Francis Schaeffer, a theologian who decried secular humanism and became active in advocating the pro-life cause in the 1970s. The political wing of the movement was spearheaded by activists like Paul Weyrich and Pastor Jerry Falwell. The burgeoning cause, which attracted increasing numbers of evangelical Christians, helped to defeat Jimmy Carter (whom evangelicals had formerly strongly supported) in his 1980 presidential run. The religious liberty movement has a strong political component because it seeks to politically fight out cultural and often religiously-related matters that are being legislated and debated politically in tandem with a more permissive culture.

In 1993 the federal Religious Freedom Restoration Act, which also got broad progressive support, defined the issue around particular cases and avoided the more heated situations that have since developed. It gave the government the power to enforce the law but aimed to avoid violating any citizens’ religious convictions.

The religious liberty movement in the United States has mainly manifested as a defense of the positions and ideals of the Christian right. In recent years it has been particularly defined as those Christians who are uncomfortable with the advancement of the so-called “gay agenda” as well as alternative gender identity policies. Former Indiana Governor and now Vice President Mike Pence’s ill-fated 2015 Religious Freedom and Restoration Act in Indiana, for example, was intended in part to excuse businesses from being compelled to act against their faith with regard to accommodating same-sex married couples. It caused a media and corporate-boycott firestorm and was accused of being bigoted anti-LGBT legislation. Pence later “crumbled under pressure” and walked back the controversial portions with an amendment. According to Pew, approximately half of Americans polled do not see a conflict between their religion and homosexuality. However, the remaining half who do have a religious objection encompass a very large amount of people.

Even controversies without an explicitly religious angle that touch on these religious liberty topics can ignite a firestorm. The refusal of University of Toronto psychology Professor Jordan Peterson to use alternative gender pronouns for his students who requested it, for example, made international news.

In another example, the refusal of county clerk Kim Davis of Kentucky to issue a marriage license to a same-sex couple as required under federal law also led to a noisy national controversy. Davis was supported by people such as former Arkansas Governor Mike Huckabee and many Christian faith leaders, showing the fusion that often occurs between politics and religious liberty issues. Religious liberty again arises as a focal point, for example, in the lawsuit against the Obama Administration by the Little Sisters of the Poor, an elder-care Catholic charity. The organization’s lawsuit, currently under reconsideration, argued that they should not be compelled to provide birth control to female employees because it is against their Catholic faith. Other notable cases are the resignation of Mozilla CEO Brandon Eich and the media firestorm against Memories Pizza. These cases show how emotional and personal the religious liberty fight can become, with certain groups feeling specifically singled out and bullied by the federal government, corporations and progressive public.

It is worth mentioning again that religious liberty has mainly been defined as a struggle between conservative Christians and policies and cultural influences they oppose. In fact, as certain conservative personalities have observed, there does not seem to be much progressive or left-wing pushback against conservative Muslims and those of other traditional faiths who insist on living by their socially conservative beliefs.

More and more, religious liberty has come to be fought as a battle where only one side must “win,” something lamented by those hopeful for a more accommodating solution. The perception that only one side is going to win has, in turn, led to ideas such as the “Benedict Option” advocated by conservative Orthodox Christian Rod Dreher. He argues that traditional Christians opposed to gay marriage, abortion, popular culture and changing social mores should withdraw from mainstream society and form their own self-sufficient communities. Pat Buchanan similarly asked recently if secession is the solution to the culture war. Indeed, conservatives who many suggest have already lost the culture war are now asking: what next?

The religious right has not entirely abandoned the legislative battlefield, however. For example, in 2016 Utah signed a resolution declaring pornography “illegal” and a “public health crisis” with offenders receiving fines and even potentially jail time. In Texas, a state representative introduced a bill that would make abortion a felony and see participants, male or female, potentially charged with murder.

Controversy dogs religious freedom because the concept inherently provides that the law should accommodate those whose beliefs may be at odds with prevailing sentiment or even legislation. Religion often includes a higher law than secular law, and as such, it can come into conflict with mainstream opinion and even legal rulings. If religious people are required to choose between their conception of God or the dictates of government, they will often choose God.

In the United States, dominant forces like the media, academia and even the corporate world, often come out against religious freedom arguments, because of either conviction that progressive political change is positive and necessary, economic self-interest of appealing to their target audience or both. On the left it is common to hear anger at conservative Christians and accusations that they are using their religion as a pretext or cover for their bigotry against LGBT people, women and minorities, while on the right it is common to hear sentiments of disappointment and frustration from conservative Christians, who feel their religious liberty to live in accordance with their beliefs is fundamentally threatened.

The religious liberty movement is certainly an influential factor in American life today and is not likely to go away anytime soon.

What Draws Women to a Religion that Says Men Should Be in Charge?
Can Yoga be Christian?
Congress More Religious than General Public
GROUP IDENTITY 70 Christian right 1 Religion 4 Religious liberty 2 Religious Liberty Movement 1

Loading...
Newer Post
Are We in a Time of Existential Threats?
Older Post
Why each side of the partisan divide thinks the other is living in an alternate reality