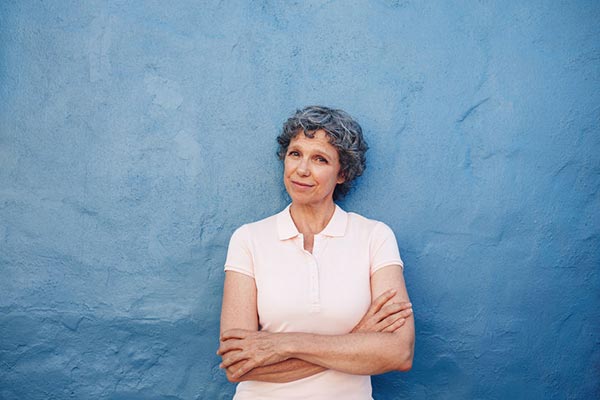 What is Whiteness in America Today?

The topic of white identity came to the forefront in 2016.

The past campaign and election of President Donald Trump spurred much talk about white identity politics. Discussion of whiteness and white nationalism was all over the news media and was bandied about ad nauseum by pundits of all stripes. Liberal commentator Van Jones cast Trump’s victory as a “white lash” allegedly fomented by fearful, prejudiced white people. Opinion pieces commented on “the rage of white, Christian America.” Ironically, such generic anti-white rhetoric (not to mention anti-white violence) is most certainly helping fuel the rise of white nationalism.

Pundit analyses from the left and right made frequent references to the white working class voters of the Rust Belt who helped propel Trump to victory. The strength of support for Trump in “coal country” among Appalachian whites and communities struggling with opioid addiction was also a big focal point of election analysis. Books like Hillbilly Elegy by J.D. Vance served as signposts for some who were looking for a way to decipher confusing times.

The burgeoning white nationalist and alt-right movements embraced Trump during the election, with alt-right figure Richard Spencer saying the Trump movement was “fundamentally about identity for white people.”

As Amanda Taub opined in the New York Times, “…national and racial identity were often conflated for the white majority. That identity felt to many white people like one of the most important pillars holding up their world — and now it seems under threat.”

In other words, implicit white identity is now becoming increasingly explicit as it is challenged and made aware of itself. Rather than Trump’s election being predominantly the result of racial hatred and prejudice, the smartest takeaways have instead seen it as the expression of collectively perceived white interests.

An insightful piece at The Conversation explained that many white Americans are starting to become racially conscious for the first time. Often this does not result in hate, as much as solidarity:

“In a study of white Americans’ attitudes and candidate preferences, we found that Trump’s success reflects the rise of “white identity politics” – an attempt to protect the collective interests of white voters via the ballot box. Whereas racial prejudice refers to animosity toward other racial groups, white identity reflects a sense of connection to fellow white Americans.”

As Deborah Schildkraut writes at the Scholars Strategy Network, studies in the 1990s and early 2000s didn’t indicate that being white as a major political factor. “However, these studies acknowledged that changing demographics and future political developments could render white identity more potent.” As Schildkraut notes, the more whites approach minority status in a country they used to dominate, the more white identity will be a topic of undeniable salience, particularly as surveys show that voters who care about being white openly prefer to vote for a white political candidate.

Forms of voluntary racial segregation are appearing in post-secondary institutions, and students take courses with titles like “conceptualizing white identity in the United States.” It’s clearly a topic that’s on a lot of people’s minds.

So what is white identity in twenty-first century America, anyway? How different do white people feel in the city versus in the countryside? How has the concept of being white evolved since colonial beginnings and where will it go from here?

Settlers of European racial origin began mass migrating to the United States several hundred years ago to build a new life. Twelve-and-one-half million slaves were imported from Africa, with millions dying in route in the Middle Passage. The vast majority of African slaves were sent to the Caribbean, however, not America. Only an estimated 450,000 were brought to the United States.

At first, European settlers to the United States mainly came from Western Europe, eventually broadening out somewhat until becoming a stream of immigrants from all over the world following the Immigration and Nationality Act of 1965 (also known as the Hart-Cellar Act). The act was a massive change from immigration policy of the past, as it dropped tight restrictions on immigration from Asia and Africa and scrapped former preferences for northern and western European immigrants over southern or eastern European immigrants. Today, the marriage of an Italian-origin American with another American who is English in background wouldn’t raise a grandmotherly eyebrow, but there was the day when such a pairing would have been seen as similar to how interracial marriage is seen by racial separatists and racists and used to be seen by most prior to the Civil Rights Movement.

Today in Europe, nationalism is still seen much more commonly as pride in one’s specific ethnic and national origin such as French, Polish or Russian, and the idea of being “white” is more of an assumption than the focal point of racial identity. Religion also plays a major role in ethno-nationalism throughout much of the world other than the postmodern West. However, in the mix of European ethnicities that became the United States and the New World, being white as a generic term has become the new marker of a set, historically-grounded identity. This is particularly so in a country with declining church attendance, a drug epidemic, falling life expectancy among white men and crumbling future job prospects with the advent of Artificial Intelligence and technological advancement. This is all to say that being white may increasingly become a substitute and an end in itself for the place that religion and vocation once fulfilled, something Pascal-Emmanuel Gobry takes a look at here.

As “white identity” becomes a catch-all term for those of European origin or those of predominantly European origin who consider themselves white, those of non-European or partly-European origin increasingly define themselves in distinction to white identity (for example former President Barack Obama primarily identifying as “black” instead of “part-white” and so on). At the same time, white Americans living in neighborhoods and demographic areas where they are exposed to more Hispanics, for example, correlates with more support for restrictive immigration policy and more negative views of non-white minorities.

In tandem with a higher prioritization on “being white,” individuals who are around more non-white minorities are much more likely to believe it is acceptable for whites to advocate for perceived racial interests and form advocacy organizations in the same way that black, Latino or Asian Americans do. They are also likely to become upset and increasingly polarized and turn to explicitly white nationalist movements if their sentiments are ignored, ridiculed or decried in the public sphere as inherently evil symptoms of a “white lash.”

As the Conversation notes, the idea of trying to “get race out of politics” is simply less and less likely, particularly as the implicit white identity of the past becomes explicit. As ethnic groups from Jews to black Americans to Asian Americans continue to proudly stand up for their identity and culture, it may become increasingly hard for politicians to ignore conscious manifestations of similarly explicit forms of white identity and white backlashes to multiculturalism and diversity on the campaign trail and within institutions.