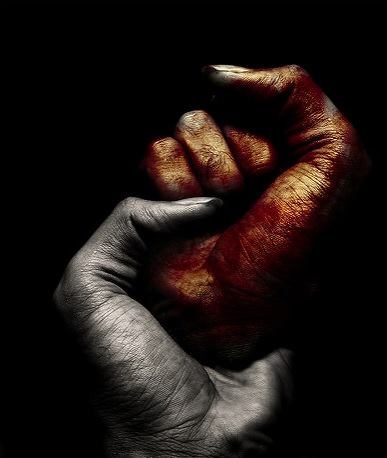 Who Are We? Is Authoritarianism on the Rise in America?

Authoritarianism is in the news. Not only in the United States but in countries around the world. Donald Trump has become the symbol for such discussion in the United States. A puzzling aspect of his victory is his supporters have transcended demographic boundaries and the lines of age, income, education and even religion. While different people will have different answers, research studies have shown that the common factor that unites all his supporters is fear and in turn authoritarianism. Based on long-term research Authoritarianism has always been present within the American population and it definitely predates Donald Trump and it will endure beyond his presence. Are you supportive of or hostile toward Authoritarian tendencies? It’s important for you to understand and answer this question because your answer will influence who you are and how you interact with others. In a MultiDentity world, your success is linked to your ability to work with people from all points of view including those who see this issue differently.

Authoritarians by nature are fearful of changes and have a strong desire for order. So, when they feel threatened, they look for strong leaders who promise to take stern action against outsiders and prevent the changes that they fear. From their point of view, when faced with existential moral or physical threats it’s best to lock down the borders, remove those who fail to assimilate and punish those who are morally unsound.

Researchers Stanley Feldman, Karen Stenner and have been studying and writing about the correlation between authoritarianism and its effects on American politics for some time.

In 1992, Stanley Feldman, a political scientist, designed a simple questionnaire consisting of four queries that seemingly sought answers on parenting but that in reality revealed the psychological makeup of the respondents and showed how highly they valued hierarchy, order, and conformity to other values. Feldman’s four questions were included in the National Election Study in 1992, which is a large survey of American voters conducted every year and since then, political scientists have amassed a wealth of data on authoritarianism, American citizens and how it influences their electoral choices.

Feldman’s test proved to be very reliable. There was now a way to identify people who fit the authoritarian profile, by prizing order and conformity, for example, and desiring the imposition of those values.

According to Karen Stenner, there is a certain subset of people who have authoritarian tendencies in them that actually remain dormant. In her so-called activation theory, she suggested that these tendencies can be ‘triggered’ or ‘activated’ by the perception of physical threats or destabilizing social change, which leads these people to seek out leaders who are also authoritarian.

America is undergoing a lot of social and demographic change with people from different nationalities coming to the country some legally and some illegally. This has caused some Americans to confront racial, cultural and national identity issues in more fearful ways than we traditionally used to. This, in turn, leads to the fear of an influx of foreigners as well as members of identity groups who may be perceived as undermining cohesion and national pride. This, in turn, triggers the activation of the dormant authoritarian tendencies within the nation.

The tensions between those who lean toward Authoritarianism and those who lean toward Democracy is not new nor is the polarization these tensions create as they play out within our communities. At the heart of the tension lies an important question about who should be included in resolving these tensions. How we as a people answer that question will define who we are as a nation.