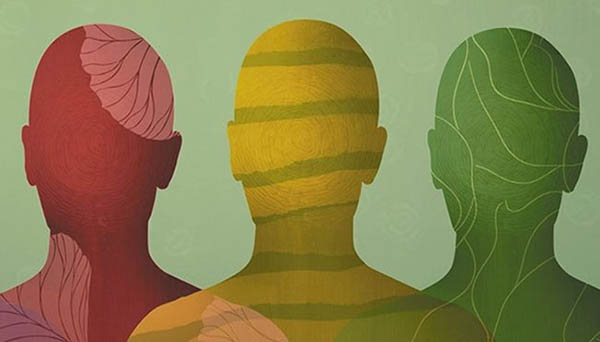 We have fooled ourselves of the primacy of race thereby creating in our minds a type racial prison from whence everything is tainted with the stamp of the race myth. When in fact, the universal plight of all societies is the insidious mental affliction of Colorism.

The pervasiveness of Colorism. Click here and read the story.

If you really think about it, Colorism is without a doubt at the root of many atrocities, killings, and genocides through the ages. ( Many social scientist and anthropologists argue that a good part of the virulence of the genocide in Rawanda was due to the preceived favoritism shown the lighter skin Tutsi).  If racism was the root of separation then people would not be able to “pass” from one race to the other.  Instead, race is simply the mask of a deeper distortion of reality called Colorism.

While many cultures don’t see race as we do in America, all countries are influenced by color. It’s the universal bias virus every society around the globe practices.  I would argue there is no stronger source of segregation, separation, and isolation than that of color.  Racism was the foremost ism of the 20th century, but Colorism is the pattern of prejudice in the 21st Century.

But, why is this the case? Why did darker skin color infect the minds of most human beings as something less valuable than white skin? Why has white skin been seen as the ideal of beauty and purity?

Like most things, to understand the questions we must start with history and science…

2. Most people are familiar with the modern invention of race which was formulated in the middle 1600s as a way to divide poor whites and blacks from banding together to stand up to the white wealthy land owners. But, as many of you know this was not the first mention of ethnicity in history.  Even the Bible and Koran divides groups up according to their ethnicity.

As humans we have always found ways for us to divide ourselves around many attributes such as class, religion, ethnicity etc.,. But, we have very rarely acknowledged the manner in which all cultures idealize lightness.

“Why you white man have so much cargo and we New Guineans have so little?”
Yali

3. The Diamond of New Guinea: The Roots of Colorism and Colonialism

There have been people living in New Guinea for at least 40,000 years – much longer than on the continents of North and South America. They’re among the most culturally diverse and adaptable people in the world. So why are they so much poorer than modern Americans? The question was put to Diamond bluntly by a man called Yali, whom he met on a beach more than 30 years ago.
Yali asked Diamond,  “Why you white man have so much cargo and we New Guineans have so little?”

In his great book “ Guns, Germs, and Steel” the Nobel Prize winning anthropologist Jared Diamond set out to understand and answer Yali’s simple yet profound question.  “Why is the world particularly dominated by people of European ancestry?  Why is it that most wealth ends up in the hands of whites and not people of color?

Colonialism was simply an outgrowth of Colorism which in large part was due to the chance of history and geography. It’s this unconscious servitude in the commission of color that creates the continued conditions of racism and prejudice.

What Professor Diamond learned after a 21 year journey of investigation was that initial conditions matter.  Diamond discovered that Europeans achieved their success not due to being smarter than everyone else, but rather being luckier. Specifically, luckier in terms of geography.  Diamond realized what really mattered was geography.  Areas of the world that had a specific climate were more prone to generate the needed conditions that led to agriculture and subsequently civilizations.

In particular, people living in the Middle East (Fertile Crescent) had access to more resources compared to the relatively small amount of  resources provided by the jungle areas of New Guinea.  As a result of having more food resources and the ability to store them led people to become more agrarian and less reliant on being hunter-gatherers.  This, in turn, allowed societies to develop specialists  who could improve and develop technologies in a variety of areas.  Societies that were not blessed with growing conditions that support nutrient rich crops or allow for their easy, long-term storage are simply not as successful at farming, thus must continue to rely on hunting and gathering to survive.

Because of agriculture, groups were able to use their excess resources to make things rather than to just search for food.  As they made contact with others they spread chicken pox and other highly contagious diseases thereby wiping out good portions of the indigenous populations.  Once this happened Europeans became the dominant group in the hierarchy of human groups and as such created the current world order we see today.
Colonialism was simply an outgrowth of Colorism which in large part was due to the chance of history and geography.  It’s this unconscious servitude in the commission of color that creates the continued conditions of racism and prejudice.

As noted in the Globe article, every group has in some way paid homage to the curious case of Colorism by whitening the skin.   Even within ethnic groups the lighter the skin the better and more opportunities you get. In other words, you are given a leg up within your group the lighter you are and treated better outside of it.  This condition is even more prevalent than the arrows of race, because it’s pain is not only afflicted by those outside our group but more sadly from those within it.  This pecking order makes us peck those in our group more harshly than those from outside our group. And this is the deep pain of Colorism.

Transparency is the secret force that accelerates shifts and promotes accountability while creating a sense of trust.

How do we shift the paradigm from a focus on race to one on color?

Search for the Story:  First we engage in what I call “sifting and searching” for signals that can provide us with the components of a new story. Our lives are guided by stories both explicit and implicit.

Hack the Habits: Second we have to hack the habits of behavioral norms.  In other words, we have to disrupt, destroy, or design new habits of behavior to replace the dominant behaviors that give rise to the societal norms that provide the foundation of our belief stories.

From my perspective it’s not that the racial paradigm is not sincerely felt or important. It’s just that it’s incomplete.

Influence with the Social:  Third, we have to look for ways that we can use social influence to initiate the power of peer pressure. Individualism is an illusion.  We are foremost social animals that are dependent evolutionarily on our pack or tribe for survival.

Find the Feedback Loops: Fourth, we must identify and institute  feedback loops that provide us with the ability to quickly monitor, modify, and manage our key strategies.  For example, the paradigm shift that took place to go from a society that idealized smoking, drunk driving, and driving without seatbelts was in part due to use of wide-ranging feedback loops that quickly tied bad behavior to consequences through the use of data.  An example of a great feedback system is the stock market. You see trades in real time and can make the necessary adjustments.

Tackle Transparency to Build Trust:  And Lastly, we have to create a transparent system that provides sunlight to all the behaviors we are attempting to normalize.  Transparency is the secret force that accelerates shifts and promotes accountability while creating a sense of trust.  Police conduct has become a national issue in large part due to the wide use of cameras because it provides sunlight to otherwise largely hidden interactions.

5. From my perspective it’s not that the racial paradigm is not sincerely felt or important. It’s just that it’s incomplete. Especially, in light of different patterns of divisions that exist in other cultures. A more universal approach is the one of color. When kids make fun of other kids of African American descent because they are darker, when Chinese and Indian girls are whitening their skin because they want to be more beautiful, when people of Latino descent want to look more like people from Spain then you know “Houston…we have a problem.”

It’s my belief that in a 2050 world the challenge of humankind won’t be race, but Color.

Part 2 are my thoughts on what we should shift our current racial paradigm to.

J. Bruce Stewart currently serves as the Managing Partner for Vitruvian Worldwide. Prior to his current position Bruce served as Deputy Director Training, Compliance, and Strategic Initiatives in the Office of Diversity and Inclusion, Office of Personnel Management (OPM) and was primarily responsible for the coordinated implementation of the President’s Executive Order on Diversity and Inclusion. Bruce is also an author and Adjunct Professor.